Matt Tarrant is one of Australia’s most popular magicians, mentalists and entertainers.

In 2017 Matt became the highest selling solo artist in the history of the Adelaide Fringe, beating out acts such as Arj Barker, Rove McManus and Dave Hughes – and followed this up again in 2018 with an even bigger show: UNSOLVED which sold in excess of 10,000 tickets at the Adelaide Fringe – the most of any solo act in the festivals history, and in the Top 3 of acts overall.

In 2019 he launched his show Matt Tarrant: MORE Unsolved at the Adelaide Fringe WINNING the award for the “Pick of the Fringe” – awarded to the best act of the overall festival; one of the biggest awards at any International Festival.

His new touring shows EVOLVE and ONE are set to tour Australia and Internationally from 2020.

Don’t expect rabbits and hats, this is the new era of magic. 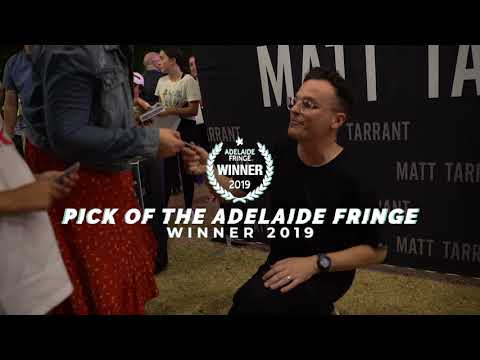 Matt Tarrant // EVOLVE - After the Show